PHP, known as the most popular server-side scripting language in the world, has evolved a lot since the first inline code snippets appeared in static HTML files. These days developers need to build complex websites and web apps, and above a certain complexity level it can take too much time and hassle to always start from scratch, hence came a need for a more structured natural way of development. PHP frameworks provide developers with an adequate solution for that.

Why Use A PHP Framework

But first, let’s take a look at the top reasons why many developers like to use PHP frameworks and how these frameworks can level up your development process. Here’s what PHP frameworks do:

Although Laravel is a relatively new PHP framework (it was released in 2011), according to Sitepoint’s recent online survey it is the most popular framework among developers. Laravel has a huge ecosystem with an instant hosting and deployment platform, and its official website offers many screencast tutorials called Laracasts.

Laravel has many features that make rapid application development possible. Laravel has its own light-weight templating engine called “Blade”, elegant syntax that facilitates tasks you frequently need to do, such as authentication, sessions, queueing, caching and RESTful routing. Laravel also includes a local development environment called Homestead that is a packaged Vagrant box.

The components of the Symfony 2 framework are used by many impressive projects such as the Drupal content management system, or the phpBB forum software, but Laravel – the framework listed above – also relies on it. Symfony has a wide developer community and many ardent fans. 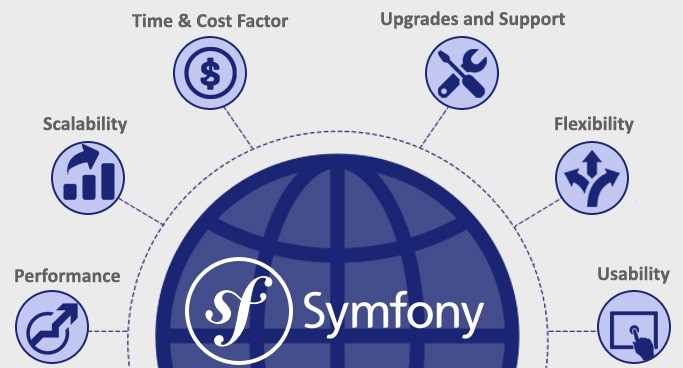 Symfony Components are reusable PHP libraries that you can complete different tasks with, such as form creation, object configuration, routing, authentication, templating, and many others. You can install any of the Components with the Composer PHP dependency manager. The website of Symfony has a cool showcase section where you can take a peek at the projects developers accomplished with the help of this handy framework.

CodeIgniter is a lightweight PHP framework that is almost 10 years old (initially released in 2006). CodeIgniter has a very straightforward installation process that requires only a minimal configuration, so it can save you a lot of hassle. It’s also an ideal choice if you want to avoid PHP version conflict, as it works nicely on almost all shared and dedicated hosting platforms (currently requires only PHP 5.2.4).

CodeIgniter is not strictly based on the MVC development pattern. Using Controller classes is a must, but Models and Views are optional, and you can use your own coding and naming conventions, evidence that CodeIgniter gives great freedom to developers. If you download it, you’ll see it’s only about 2MB, so it’s a lean framework, but it allows you to add third-party plugins if you need more complicated functionalities.

If you choose the Yii framework you give a boost to the performance of your site as it’s faster than other PHP frameworks, because it extensively uses the lazy loading technique. Yii 2 is purely object-oriented, and it’s based on the DRY (Don’t Repeat Yourself) coding concept, so it provides you with a pretty clean and logical code base.

Yii 2 is integrated with jQuery, and it comes with a set of AJAX-enabled features, and it implements an easy-to-use skinning and theming mechanism, so it can be a great choice for someone who comes from a frontend background. It has also a powerful class code generator called Gii that facilitates object-oriented programming and rapid prototyping and provides a web-based interface that allows you to interactively generate the code you need.

The Phalcon framework was released in 2012, and it quickly gained popularity among PHP developers. Phalcon is said to be fast as a falcon because it was written in C and C++ to reach the highest level of performance optimization possible. The good news is that you don’t have to learn the C language, as the functionality is exposed as PHP classes that are ready to use for any application.

As Phalcon is delivered as a C-extension, its architecture is optimized at low levels which significantly reduces the overhead typical of MVC-based apps. Phalcon not only boosts execution speeds but also decreases resource usage. Phalcon is also packed with many cool features such as a universal auto-loader, asset management, security, translation, caching, and many others. As it’s a well-documented and easy-to-use framework, it’s definitely worth a try.

CakePHP is already a decade old (the first version was released in 2005), but it’s still among the most popular PHP frameworks, as it has always managed to keep up with time. The latest version, CakePHP 3.0 enhanced session management, improved modularity by decoupling several components and increased the ability to create more standalone libraries. 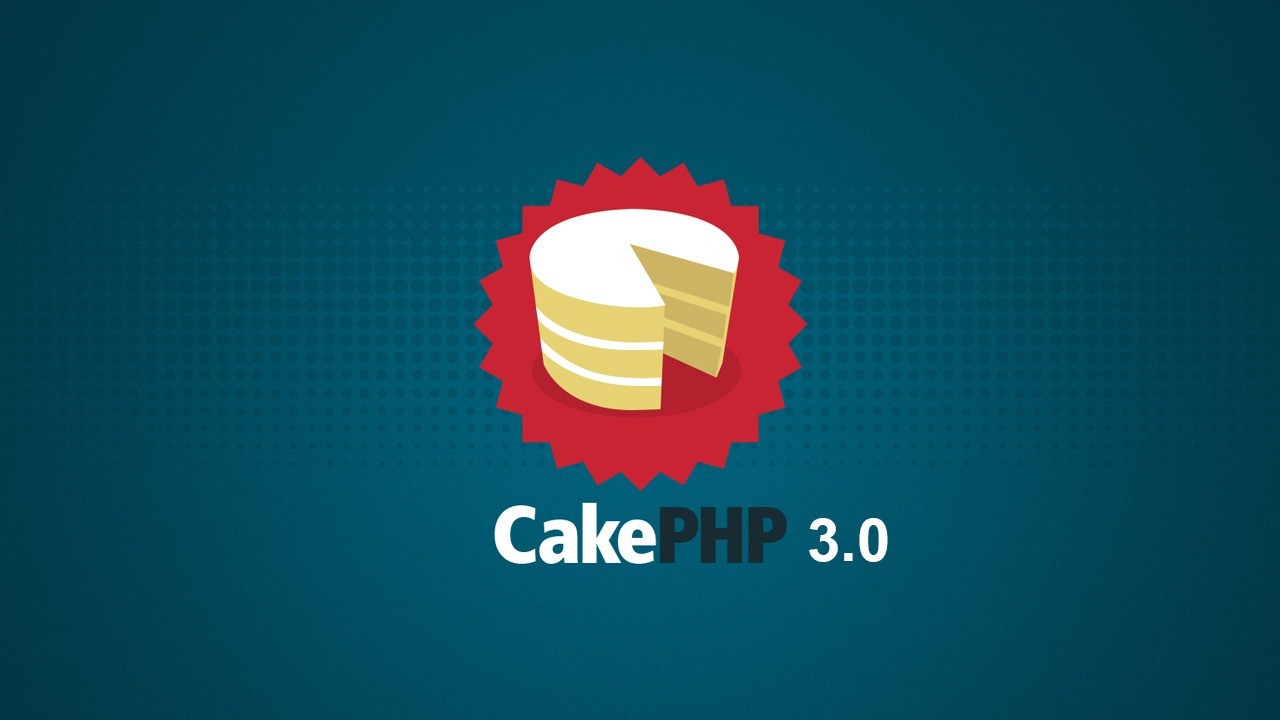 CakePHP has a really remarkable showcase, it powers the websites of big brands such as BMW, Hyundai, and Express. It is an excellent tool for creating web apps that need high-level of security, as it has many built-in security features such as input validation, SQL injection prevention, XSS (cross-site scripting) prevention, CSRF (cross-site request forgery) protection, and many others.

Zend is a robust and stable PHP framework packed with a lot of configuration options therefore it’s usually not recommended for smaller projects but excellent for more complex ones. Zend has partners such as IBM, Microsoft, Google and Adobe. The coming major release, Zend Framework 3 will be optimized for PHP 7 , but will still support PHP 5.5 onwards. 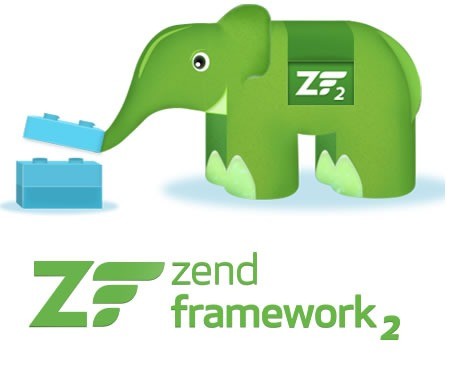 Slim is a PHP micro-framework that provides you with everything you need and nothing you don’t. Micro frameworks are minimalistic in design, they are excellent for smaller apps where a full-stack framework would be an exaggeration. Slim’s creator was inspired by a Ruby micro framework called Sinatra. Slim is used by many PHP developers for developing RESTful APIs and services. Slim comes with features such as URL routing, client-side HTTP caching, session- and cookie encryption, and it supports “flash” messages across HTTP requests as well. Its User Guide is an easy read, and if you are interested in the new features of the upcoming major release (already in beta), you can watch this primer video about Slim 3.

FuelPHP is a flexible full-stack PHP framework that doesn’t only support the ordinary MVC pattern but also its evolved version, HMVC (Hierarchical Model-View-Controller) at the architecture level. FuelPHP adds an optional class called Presenter (formerly called ViewModel) between the Controller and View layers to hold the logic needed to generate Views. 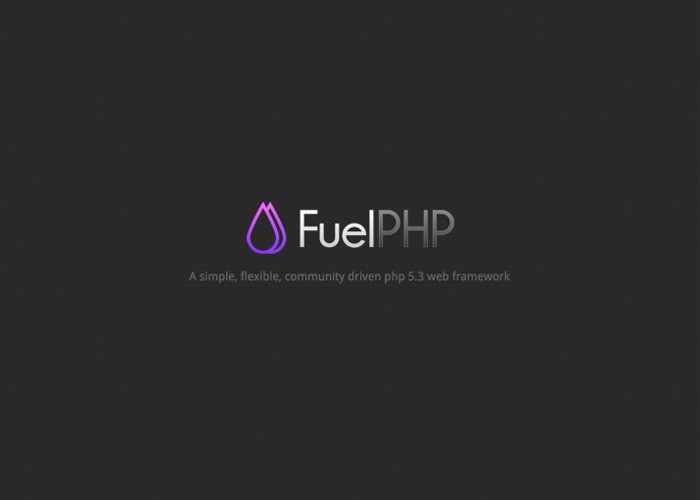 FuelPHP is modular and extendable, takes care of security concerns by providing features such as input and URI filtering and output encoding, and it comes with its own authentication framework, with many other sophisticated features and detailed documentation.

PHPixie is a quite new framework, it started in 2012 with the goal of creating a high-performance framework for read-only websites. PHPixie also implements the HMVC design pattern just like FuelPHP and is built by using independent components that can be used as well without the framework itself. The PHPixie components are 100% unit tested and require minimum dependencies.

The official website has a tutorial that claims you can learn the framework in 30 minutes, and their blog also details many practical use cases. Among the features you can find the standard ORM (object-relational mapping), caching, input validation, authentication, and authorization capabilities. PHPixie also allows you to use the HAML markup language, enables schema migration, and has a sophisticated routing system.

How Best WordPress Hosting Can Boost Your Traffic By Genuine hosting ReviewsIf you want ...

Best email hosting provider-email hostingNowadays, for the majority of the business email is ...